A "Star" turn for one of MDC's own

MDC playwright Michelle T. Johnson is prominently featured in the current edition of the Kansas City Star, just ahead of the world premiere of her new play, Echoes of Octavia. The readership of the city's largest newspaper now gets a glimpse of the talented writer we already know: 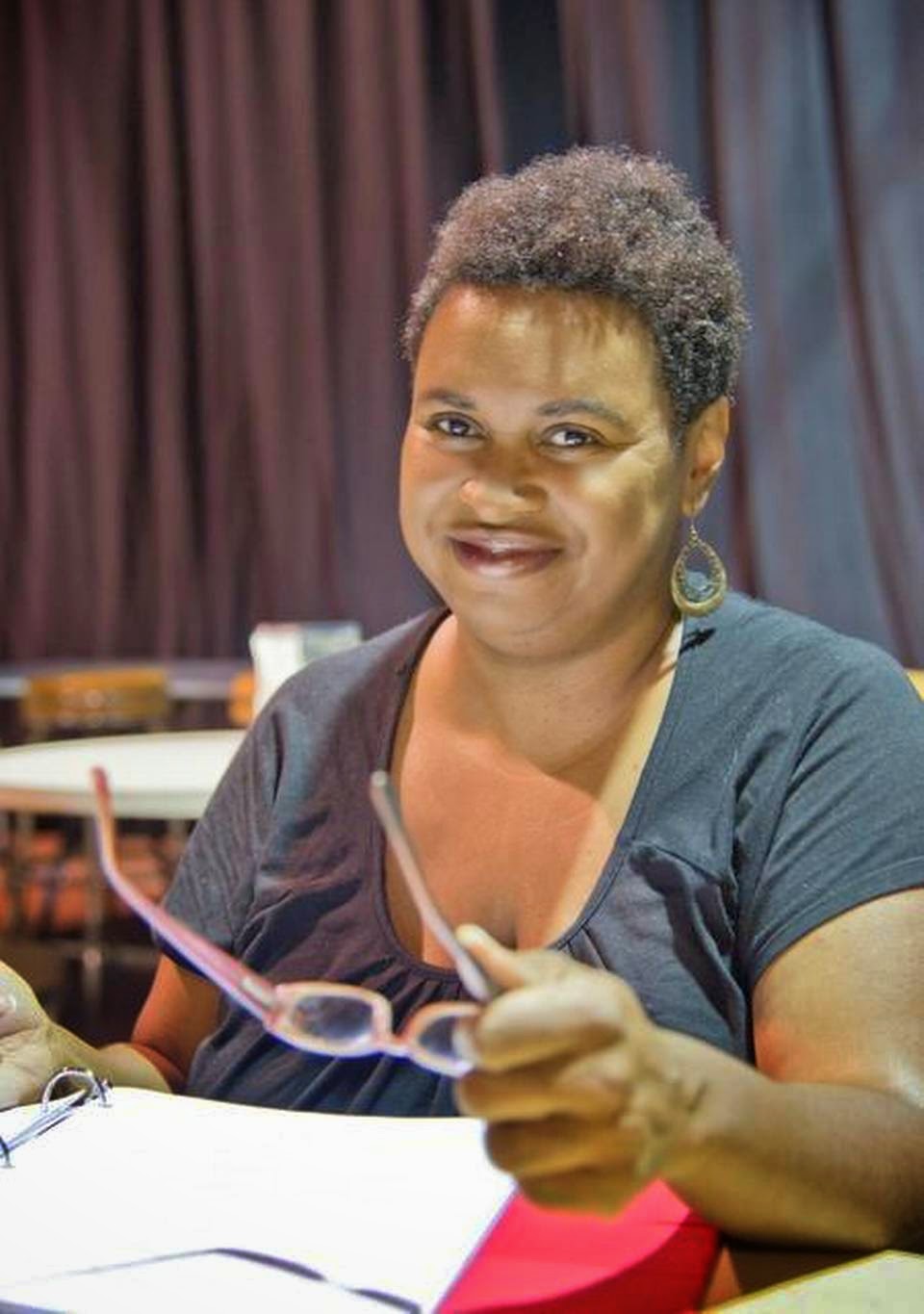 About three years ago, Michelle T. Johnson decided to try something that she’d never tried before.

So she sat down and wrote her first play.

Now, after steady progress and increased exposure, Johnson’s methodical approach seems to be paying off.

This all brings to mind an overused phrase: overnight success.

Johnson's take: it is and it isn't.

“First of all, I have to say I’ve been writing fiction probably 30 years,” she said. “I’ve written novels and short stories — I just never had a lot of success with them. … But the compliment I would get is, ‘Oh, you’re so good with dialogue and characters.’”

This weekend, her “Echoes of Octavia” receives its world premiere at the Just Off Broadway Theatre, where she and two other women playwrights contributed short plays to “Girl on Girl” at KC Fringe. Indeed, Johnson’s work has been staged at the annual festival for the past three years. In 2013, her “Wiccans in the Hood” became one of the best-attended shows of the festival.

At the moment she’s the resident playwright of a company in Philadelphia. Her plays have been staged at festivals in New York, Houston and Medford, Conn. She’s on the board of the Barn Players and is a founding member of the Midwest Dramatists Center, an organization affiliated with the Writers Place dedicated to developing new plays.

Johnson was a reporter at the Philadelphia Daily News, the Louisville Courier-Journal and the Austin American-Statesman. She then decided newspapers weren’t a good fit and went to law school. After working at three legal firms, she decided law wasn’t a good fit, either.

Since then, Johnson has become an in-demand speaker and diversity consultant. She’s written three nonfiction books — the most recent was “Working While Black: The Black Person’s Guide to Success in the White Workplace,” published in 2011 — and as the Diversity Diva writes a recurring column for The Kansas City Star’s business section.

But playwriting has led her in a new creative direction and yielded unique rewards. She started off by connecting with other playwrights through social media.

“One day I saw that there was a competition for 10-minute plays written by black women,” she said. “Now, how specific can you get, right? My first thought was: There are 10-minute plays? I cheated because I took a short story of mine and turned it into a play. It was rejected. In retrospect, that’s probably the worst play I’ve written.”

Despite her strong writing background, Johnson said she attended very little theater before she decided to become a dramatist.

“I’m embarrassed to say no,” she said. “I did not go to a lot of theater before I started writing (plays). When you see my stuff on stage, whether you think it’s good or bad, I like to think the good thing … is that while I’m a newcomer to theater, I’m not a newcomer to being a human being. I like to say I’m a baby playwright and a middle-aged woman.”

Johnson described “Echoes of Octavia” as an effort to revisit some of the themes of Lorraine Hansberry’s classic “A Raisin in the Sun,” but with a contemporary twist.

“It’s about a woman who owns a restaurant with her father, and she also has a love of literature,” she said. “She’s finishing up her master’s degree in literature and gets an offer to write a book about her idol, (science-fiction writer) Octavia Butler. So she’s torn between taking the opportunity to leave and write this book or running the restaurant.”

The character is influenced by memories of her mother, also named Octavia, and is not sure whether she should help with the restaurant, which could lead to a big payday from a redeveloper, or writing a book about one of her literary heroes.

“What I was aiming for was a modern-day ‘Raisin in the Sun,’” Johnson said. “And I know that sounds lofty. But the whole thing is about when a black family has an opportunity to make a choice to advance themselves, but there are other considerations.”

Theater is by definition a collaborative art form, which Johnson said can offer daunting challenges and big rewards.

“I’ve been all kinds of writers in my life, but playwriting is the hardest because you have to rely on interpretations by people who sometimes I don’t even know,” she said. “You have to trust the process more than with any other kind of writing you’ll do.”