MDC Audience Gets a Kick Out of "Hanky Panky" Reboot

It debuted to raves at the 2010 Kansas City Fringe Festival and played the 2011 Midtown International Theatre Festival in New York City, but aficionados of both productions commented that the slightly revamped version of Vicki Vodrey's Hanky Panky, unveiled in a staged reading at MDC last night, is the best yet. Vodrey groupies and new fans alike were among the dozens who came to witness this full-length dark comedy that laughs in the face of death, offer feedback, and in the process support the development of new work at MDC.

At the heart of the raucous, irreverent, free-wine-fueled affair was a large, talented cast helmed by director Mackenzie Goodwin Tran and featuring Taylor St. John, Pete Bakely, Megan Herrera, Curtis Smith, Shelley Wyche, Kelly Main, Nancy Marcy, and Jacob Aaron Cullum. Thanks to all who contributed, in all ways, to another successful reading! 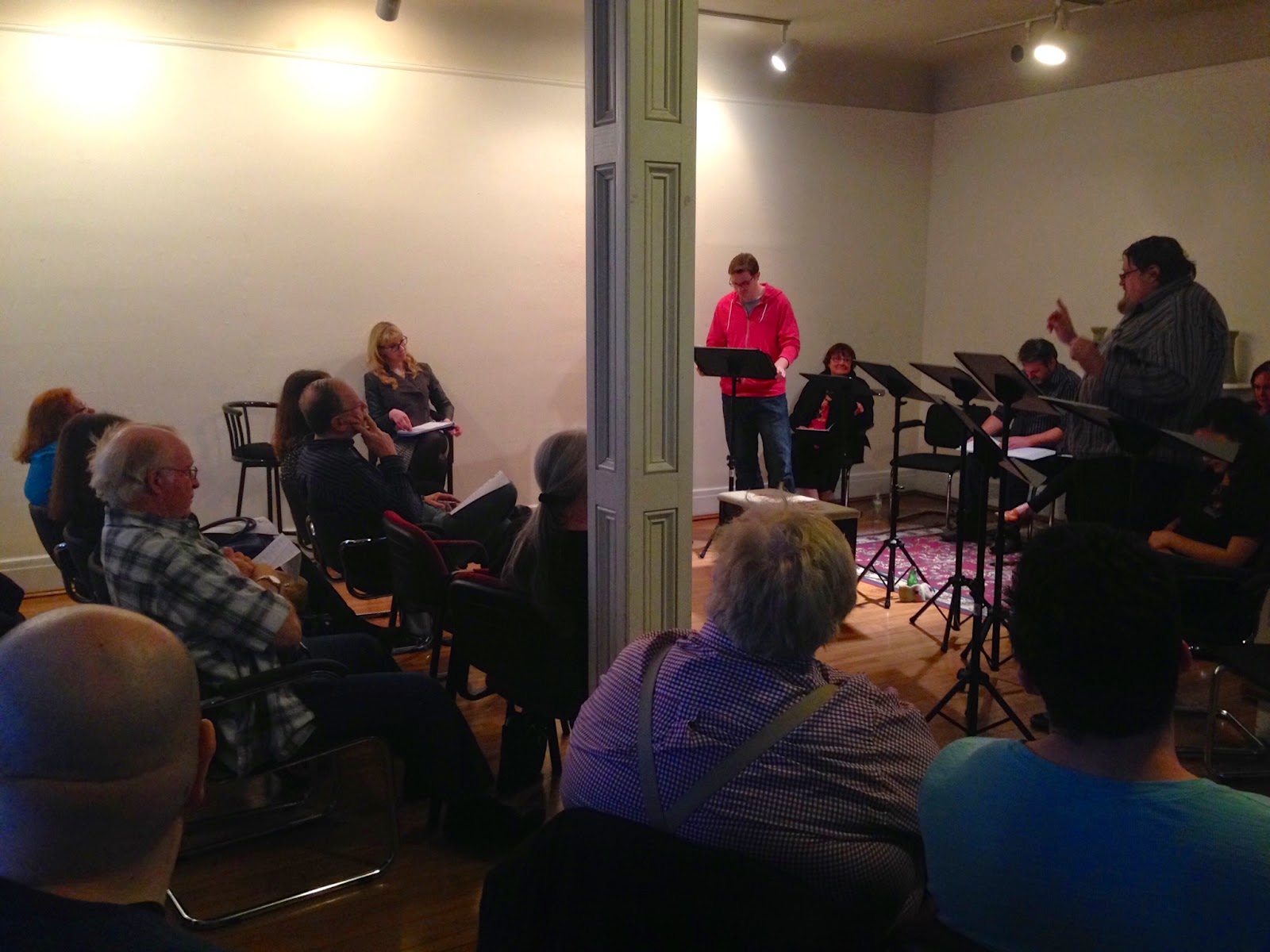 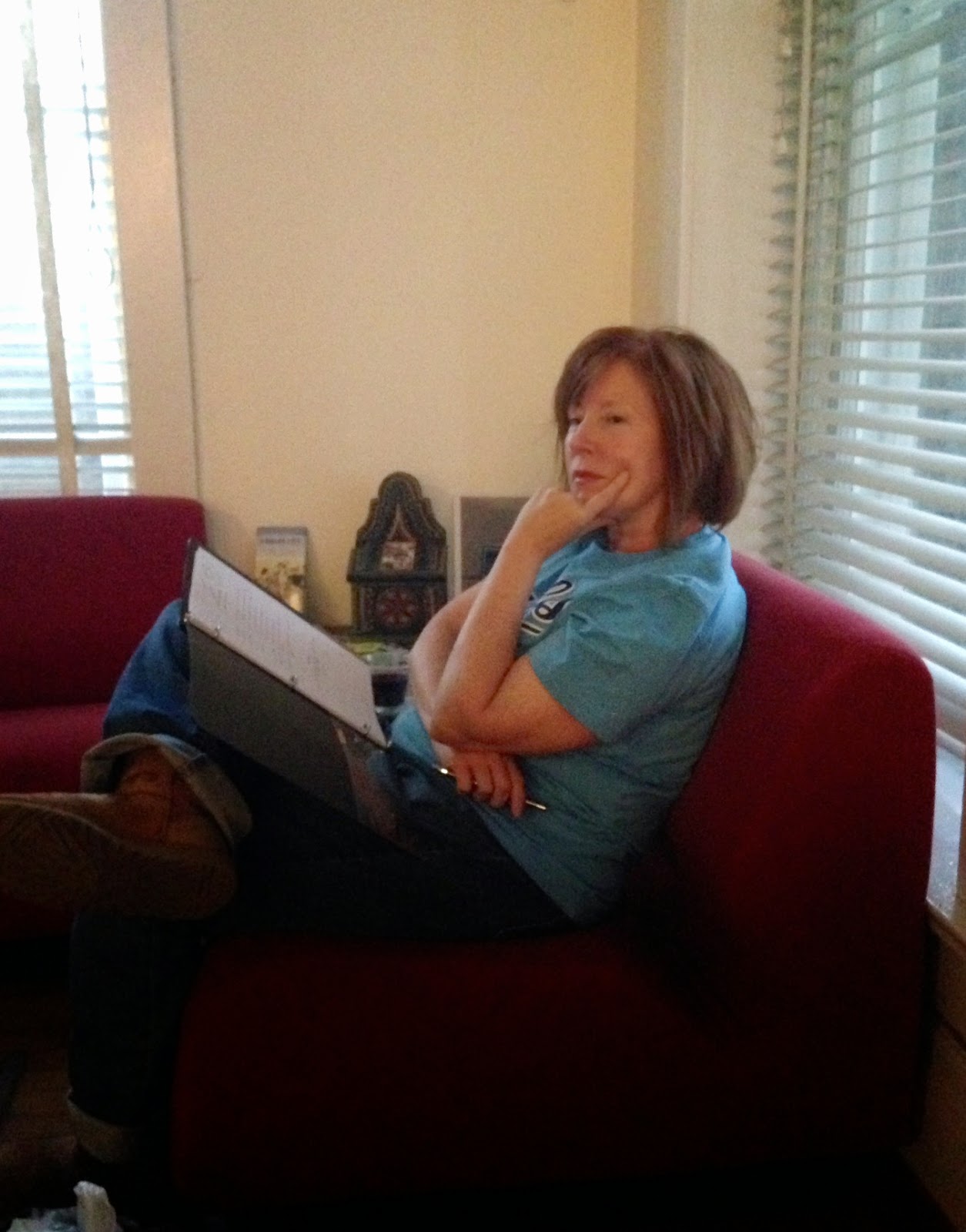 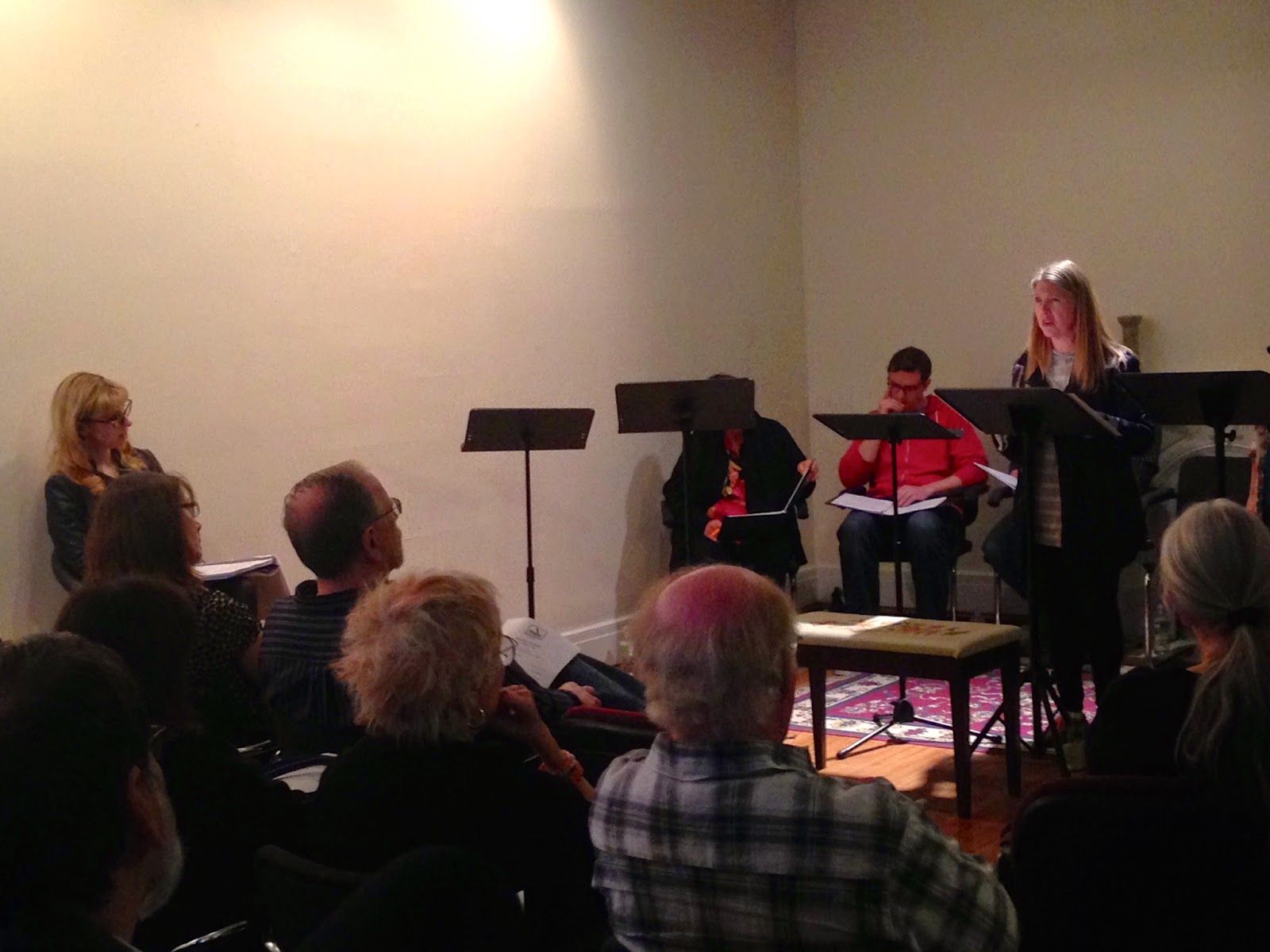 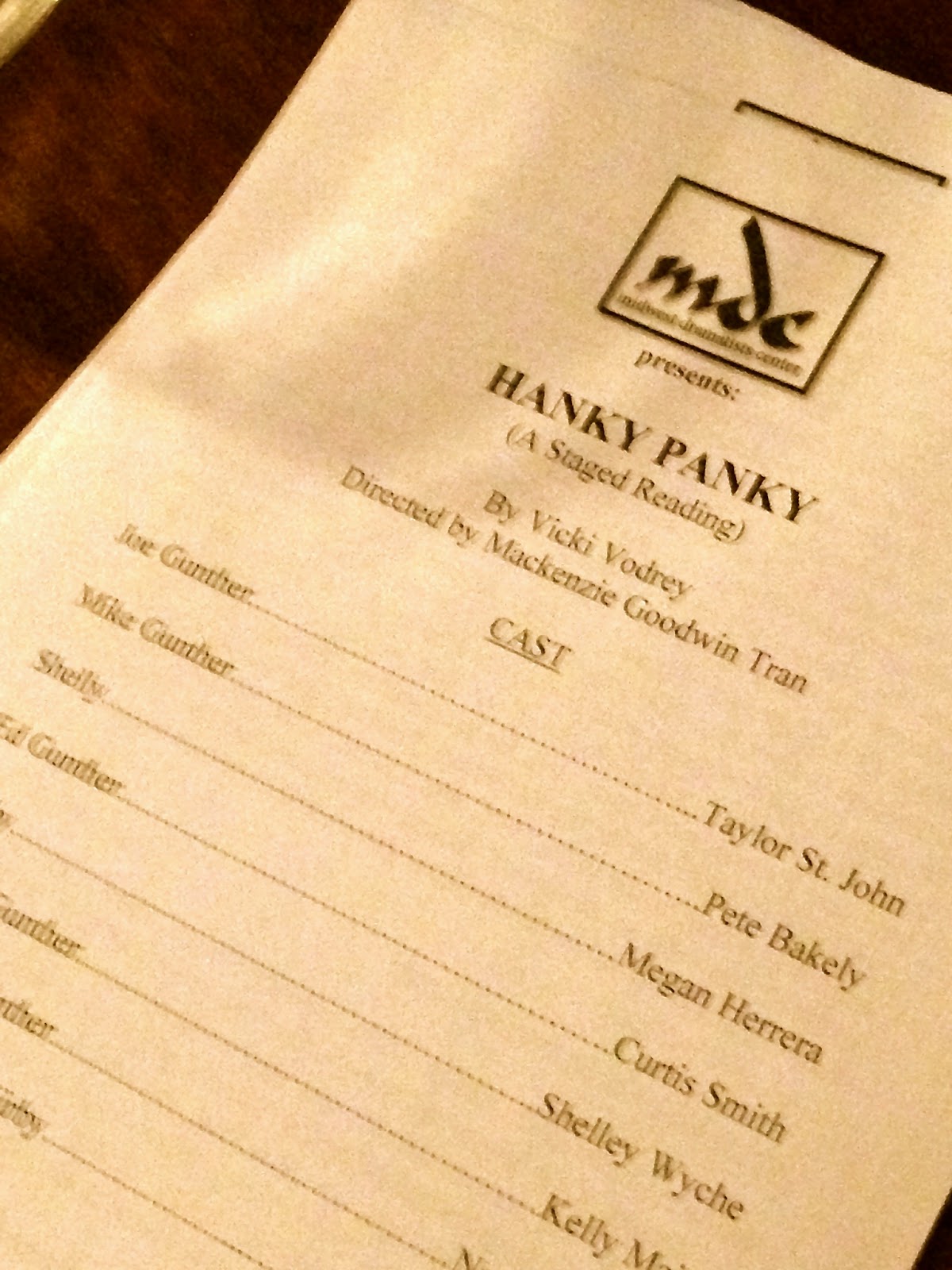 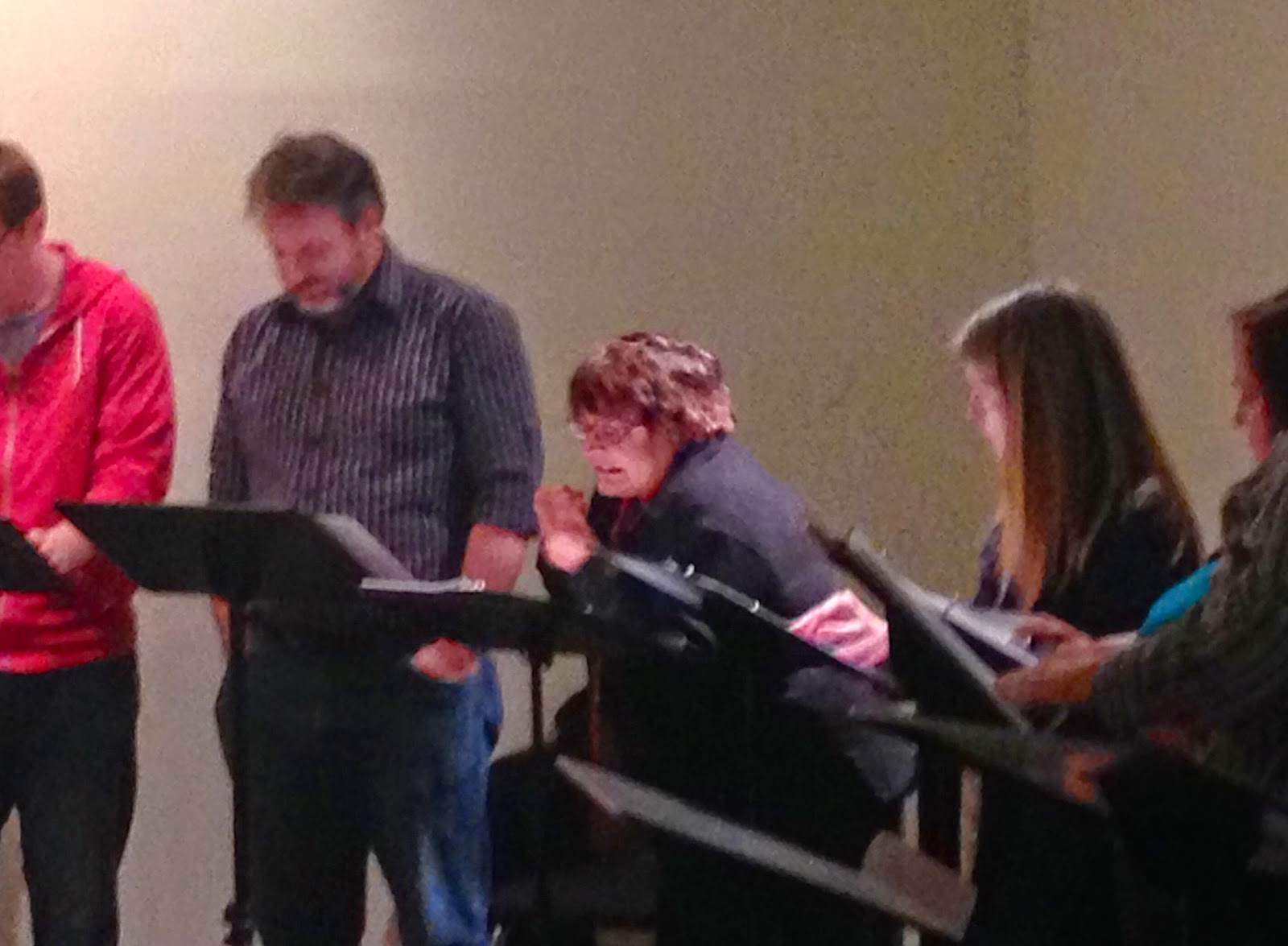 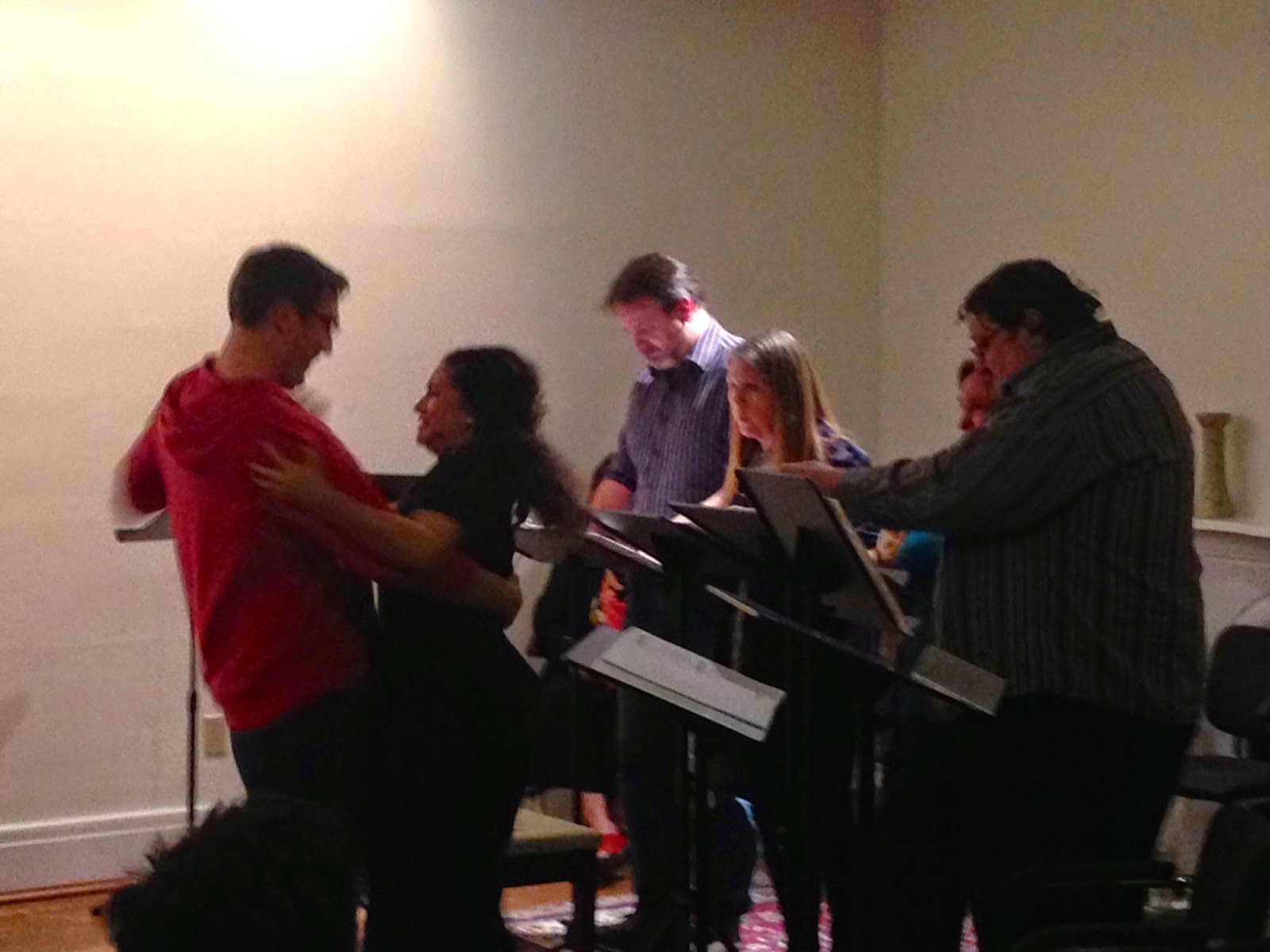