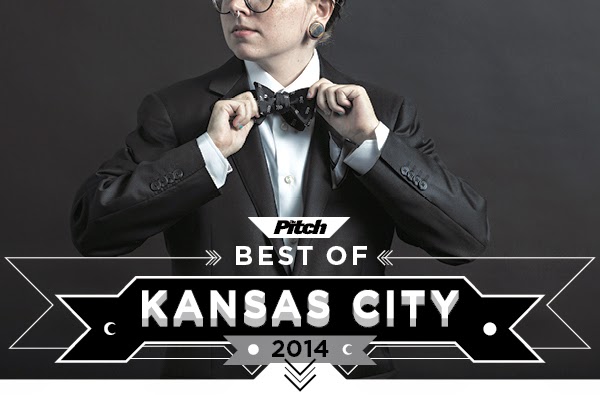 The Pitch unveiled its annual "Best of Kansas City" issue this week, and the honor roll included kudos for the work of MDC playwrights Bryan Colley and Vicki Vodrey.

First off, Colley's Red Death--which Fringe-goers made the festival's best-attended show--has been named "Best Fringe Fest Surprise" by the critics at The Pitch:

The KC Fringe Fest tends to lean heavily on burlesque and blue comedy (not that we’re complaining). But Red Death, Bryan Colley and Daniel Doss’ latest collaboration, surprised us with something new: a deliciously dark chamber opera based on an Edgar Allan Poe plague narrative. The production was as polished as a regular-season premiere, and the moody piano score and striking stage pictures (care of director Tara Varney) made the show a standout for its nuances as much as for its novelty.


Next up, actress Melissa Fennewald earned the honor of "Best Fringe Actress," in large part for her turn in Vodrey's A Hard Day's Night:

Melissa Fennewald was one of the KC Fringe Fest’s busiest actors, working a double shift at Just Off Broadway Theatre with meaty roles in Jesse Ray Metcalf’s (Virgin.) and Vicki Vodrey’s A Hard Day’s Night. Lucky for us, she was also one of the fest’s most energetic and elastic performers, as convincing as an earnest Catholic schoolgirl as she was a troubled, Beatles-bellowing teen. Fennewald is a gifted comic performer, and her facial expressions, in particular, kept us laughing through both scripts.

Congratulations to Bryan, Vicki, Melissa, and their creative teams--and to everyone involved in bringing new theatre to life in Kansas City (which is the best reward for all of us).