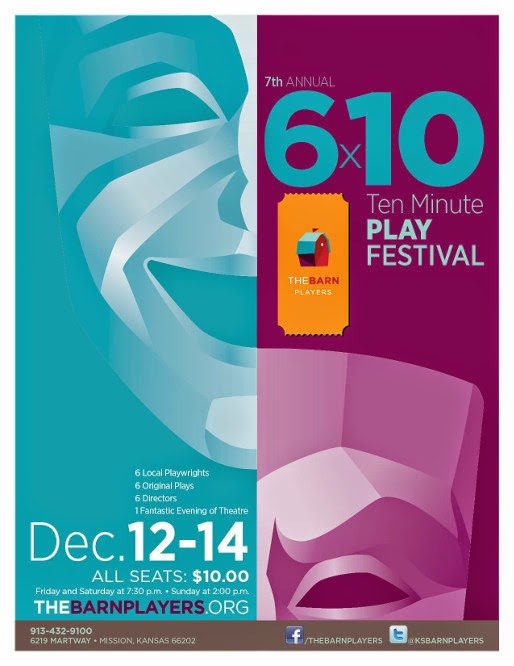 MDC's Michelle T. Johnson, who just so happens to also serve on the board of the Barn Players in Mission, Kansas, appeared as a guest on radio host Michael Hogge's Art Magazine today to talk up the Barn's upcoming 6 x 10 Ten Minute Play Festival this weekend. Sounds like there are some timely, intense pieces to see this December 12, 13, and 14 (and if you've been paying attention, you know there are six of them).

Had you tuned in to KKFI 90.1 FM at noon, you would have been able to hear Michelle, who made her own playwriting debut at the Barn in 2011, and fellow board member Lynn Reddick live. But don't worry--you can still listen to the entire segment here.