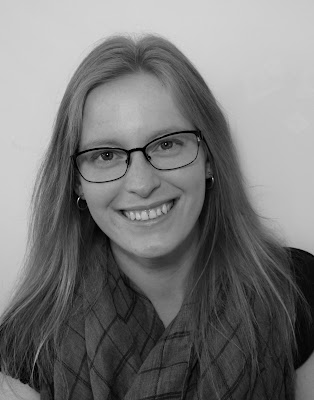 Lindsay Adams has been selected as a new resident playwright of the Midwest Dramatists Center.

Lindsay is a nationally produced playwright, dramaturg, director, and teaching artist. Her play, Her Own Devices, was the 2016 recipient of the Judith Barlow Prize and received a reading through the History Matters/Back to the Future Foundation at the Women's Project Theatre in New York City. This year the Kennedy Center awarded this play the second-place prize for both the Jean Kennedy Smith Playwriting Award and the Darrell Ayers Playwriting Award. Her work has been produced and developed at Westport Center for the Arts, Theatre Alliance, The Hub’s New Play Festival, the Kennedy Center Page to Stage Festival, One Minute Play Festival, American College Theatre Festival, Nu Sass, Catholic University of America, Just Off Broadway Theatre, Fishtank Theater, KC Fringe Festival, and The Metropolitan Club, among others. She is an M.F.A. Candidate at Catholic University of America in DC and proud member of the Dramatists Guild and LMDA. She also occasionally shows up on stage, most recently in Liminal State at the KC Fringe. Upcoming projects include production of her ten-minute play Seeing Red in The Insubordinates at Fishtank Theatre and directing Aaron Scully’s new play Cornered at the 6x10 Festival with the Barn Players.

Lindsay is thrilled to join this organization as a Midwest Dramatists Center Resident Playwright. Her work grapples with our relationships, our identities, and our tribes. She tells the stories of people from the crossroads of our country, especially those that have been left off the stage and forgotten. Her plays remind the audience of what it is to be a stakeholder in humanity and facilitates understanding by moving them to a radical act of empathy. Deeply theatrical, her plays have a foundation in movement and often utilize elements of dance, vaudeville, or physical comedy. She works in a variety of genres, some plays falling into the realm of magical realism, others best described as feminist folktales.