George Simon a Panelist at the Midwest Dramatists Conference 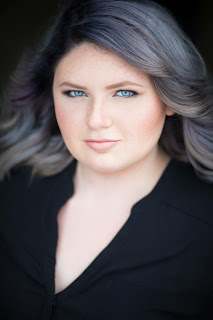 George Simon is a young theatre producer and administrator residing in New York City. They founded Black Coffee Productions in 2016, producing the short film Curbside Waltz at the Fresh Grind Festival, a play and musical reading series. They were the company manager of four musicals in the New York Musical Festival in 2016, and served as a producing intern for Just for Laughs Theatricals (The Color Purple, A View from the Bridge, Kinky Boots).

Originally from the suburbs of NYC, George has been involved with theatre in various capacities since 1999. They graduated from Muhlenberg College in 2015 with a BA in Theatre. Most recently, George served as the general manager for Taking the Wheel, a concert at 54 Below starring Ari Axelrod and directed by Faith Prince.