Gerald vanHeerden a Panelist at the Midwest Dramatists Conference 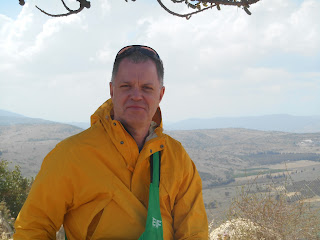 Gerald vanHeerden is a director and producer for MHF Theatricals, and Artistic Director of Plays and Solos for the Midwest International Theatre Festival (MITF), and is an emerging East Coast director of New Works.

Gerald has a long and storied career of experience in the NYC, Off Broadway and Off-Off Broadway theater community, working with new plays and creative musical theater endeavors as Artistic Director of Plays (MITF), a producer and director for MHF Theatricals, and Conceptualist/Director with the Stage Directors and Choreographers national and Broadway Union.

As Artistic Director of Plays for the Midtown International Theatre Festival, Mr. vanHeerden, helmed Break A Leg’s award winning production of Farm Hall in 2014 and produced and directed Dangerous Walk by Mathew Ethan Davis at the Venus Theatre Festival in 2015. In 2016 is produced and directed Caldwell’s Bomb by William Rogers at the Venus Theatre Festival, which received an encore as Finalist and Nominated as Best Director, and the new musical Your Name on My Lips.  He directed The Imperfect Hour at the Theater For The New City in March, 2017: This fall he will direct Tennessee Revisited, a solo play of reminiscence based on the poetry of Tennessee Williams, with Miller Lide.

vanHeerden is a graduate of The Boston Conservatory and an alumnus of Webster University Theater Arts Conservatory.