Valerie Novakoff a Panelist at the Midwest Dramatists Conference 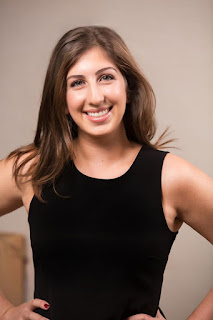 Valerie Novakoff is the Associate Producer at Davenport Theatrical Enterprises, Ken Davenport’s theatrical and media producing company. Upcoming Broadway shows include the first revival of Once On This Island and the new musical Gettin’ the Band Back Together. Valerie was previously the Assistant Producer at Jeffrey Finn Productions, Broadway productions include An Act of God starring Sean Hayes and Sunday in the Park with George starring Jake Gyllenhaal and Annaleigh Ashford, and oversaw the corporate events division Hot on Broadway.

As part of general management office 321 Theatrical Management, select productions include Wicked, Fun Home, If/Then, and the upcoming SpongeBob SquarePants musical. She has worked for director Des McAnuff (including dramaturgy work on Dr. Zhivago and several projects in development) and in the events department of The Drama League.

Valerie is the Associate Producer of the first-ever app-enabled theatrical event Blank! The Musical, a fully improvised Off-Broadway musical currently running at the Broadway Comedy Club. As a creative producer, Valerie champions innovative and insightful storytelling.

Originally from Virginia by way of South Florida, Valerie holds a bachelor’s degree in Dramatic Literature and Producing from New York University.