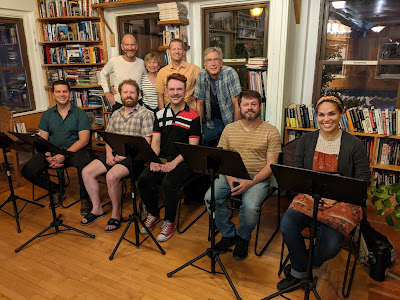 The Midwest Dramatist Center is once again presenting live stage readings by its MDC playwrights.

Unghosting the Chromosome is based on the life of a little known but ground-breaking scientist from the turn of the 20th century, Walter Sutton. Sutton's theories of the chromosome, developed while he was still an undergraduate at the University of Kansas, established a theoretical basis for Mendel's famous experiments and laid the foundation of for the modern science of genetics. While at KU, he also found the time to be a member of that school's very first basketball team.

The play was developed from a play by Stanley Nelson, Professor of Anatomy at KUMC.