MDC to host staged reading of "Intermission" on November 10 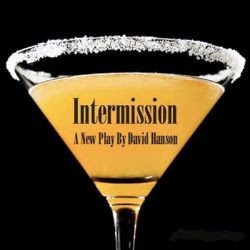 Following its successful run at this summer's Kansas City Fringe Festival, Dave Hanson's new play Intermission is slated for a full-length staged reading at MDC on Monday, November 10, at 6 p.m.

Intermission explores the curious courtship of Harry and Debbie, two single people who meet and get to know each other 12 minutes at a time--the 12 minutes that covers each intermission during a season of theater at a local regional playhouse. Harry, a man whose fiancee left him at the altar on their wedding day, only attends first acts because he doesn't believe in happy endings. Debbie is a young widow who only attends second acts because beginnings are too painful. What happens over the course of six intermissions is a microcosm of the foibles of adult dating, the manners of the theater, and two people trying very hard to move on from the intermission of their current lives.

For more information and to RSVP, please visit the event page on Facebook.