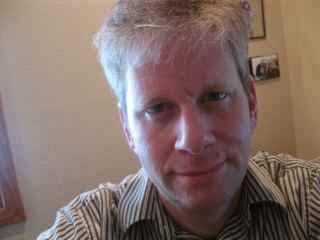 David Hanson’s first play "Clearance Sale at the Five and Dime" was a finalist for the L. Arnold Weisberger National Play Award and premiered at Alice’s Four Floor in New York City along with other regional productions.

Other productions include "Theatre of the Mind" and "The Boy Who Sang on Buses" at Untitled Theatre Company 61’s 24-7 Festival in New York City, and "Crying on Trains" at the 6X10 short play festival at the Barn Players in the Kansas City area.

He has had numerous public readings of plays including a full length "Crying on Trains" at the Leawood Stage Company and "The Xmas Party" and "The Ritual" at the Kansas City Playwrights Festival.

He is also the author of two books: "101 Reasons to Hate Dennis Rodman" from Avon and "Spring Habit" from Ad Lib Publishers.

He is a graduate of Trinity University, the University of Southern California, and the BMI Librettist workshop in New York.